Thanks for visiting my blog. It's rather flattering to have someone read your minds meanderings. I hope it's entertaining and sometimes educational.

Fire  arrived today at 4:30.  He licked my fingers from inside the crate and I had no trouble taking him out of the crate and getting a leash on him at the airport.  I liked the way he looked right away. He moves like Royal and has a short coat like him, but  his blaze is more even.  He is very sweet and confused. He and Edge got along ok and then I let Cash out and no fights but it was a very short period. As soon as I saw him start to run the fence line looking for a way out, I grabbed him up and put him in the  house. It was almost like he was panicked which I guess he could have been. I will have to keep a close eye on him. I don't think he is micro chipped.

I took him on leash to the sheep fence and called the sheep  up. He spooked backwards at that and then would not walk up to a goat on the fence. Hmmm not good. I  hope he has more to him than what I saw tonight.  I can't see this dog working cattle but maybe I am wrong.

Tonight he is in a crate in the living room whining a little bit, but I'm sure that will stop and if it does not I will move him upstairs to a crate next to me.  Just easier having him downstairs right now.

I worked Cash today for the first time and he did a nice job.  Fairly sensitive but good interest.  I worked Edge too on driving the sheep around me. He did better than he did a week ago, not sure whybut I'll take it.  Dually did not get to work today so tomorrow for sure.

I had 2 lessons in the am and then 2 more newbies scheduled neither one of which showed up. One said sorry she forgot and the other is not responding to my email.

House appraiser will be over this week for this house and for the Fla house the inspection is Monday.
Posted by Diane Menard at 9:54 PM 1 comment:

I think there might be  a little left but not much.   There was enough gone so that I could back the trailer up the driveway and level and park it for the next tenants in June.  glad to have that done.

I had a Verizon repairman come today, a guy I used to work with , but didn't know very well, He fixed my line and removed the drop that was down off  the barn and even helped me back up the trailer into the right spot. Thank you John.

Tim came over and picked me up and we went down and picked up my tractor at Ed's.  easy peasy.   Then I brought it home and hooked it up and went and got the utility trailer and loaded it with brush and dumped it. unhooked and parked it. Dually and I went to the place where Tim can get flat stones for me walkway to see if they were what I wanted and they look fine to me so that's good. He might not be able to get the big ones out but oh well, we will make do.

Then Dually and I went to Klems to fill up the propane tanks for the grill.  Of course the grill is falling apart so I had to go on line and order replacement parts for it. I am not sure I can get the old parts off. Michael you might have to come and help me.

I was going to grill salmon for dinner but no grille so I baked it and it was just as good and less mess.

Lessons are starting next week and the week is plenty full already.
Posted by Diane Menard at 8:40 PM No comments:

Home for a week now

I missed my kitchen.  My new kitchen is so beautiful.  My contractor has been working on my island but it's not quite done yet.  It will have a fold up side and a place to sit with a couple of stools.

It's not really cold out but I am cold. I turned the stove on today and since the temp is supposed to go down tonight I will leave it on.

Nat's puppy Cash is here and he is a nice little pup.  He craves attention which of course pisses Dually off.  But he and Edge are getting along nicely. I am clicker training his down because he wasn't doing it when asked.

I have been working on banking stuff, and trying to coordinate a home inspection for the new house in Fla.  I have been making calls about insurance but no answers yet.  Also working on cleaning up this house. I raked the front yard day before yesterday and started on the dogs graves and the side yard yesterday. Today I woke up with something wrong with my knee.  Not sure if it was the raking or I might have gotten bumped by the sheep when I fed them last night.

Dually got to sort sheep for me just for something to do.  He was a very good boy. Kathy's goats are here and they are light light light.   I guess I am going to need to work them  a bit. The control pen is clear of snow but pretty wet on one side. The duck arena has a little ice up at the top but the rest is clear. I have not been in the arena for 2 days so not sure what that looks like but I know it's wet.

I have been without internet for 2 days now and hopefully repair will fix it tomorrow. I am using my iphone hotspot and thank goodness I have it. Starting to schedule lessons. First one starts on Sat.  I am toying with the idea of run thrus on Sundays. Or maybe 1st and 3rd sundays or something like that. Might do some fun days too.  They are good money makers and fun to do as long as I can get some students to help me.
Posted by Diane Menard at 9:44 PM No comments:

Up at the crack of dawn

Tonight  I am going to close my blinds so I don't wake up at the crack of dawn.

I cleaned off and on all day and trucked stuff up from the trailer.  I went out and talked to the bank about getting some money and it looks hopeful.  Also bought groceries and made a kick ass cabbage soup although it had more onions than maybe it should.

Finally got my tv working ,but not upstairs.  The house is warmish,  but it took 24 hrs burning on high.  It' s miserably cold out there today. I was going to do some more errands but I was just too cold. Tomorrow I will dress better.
Posted by Diane Menard at 7:16 AM No comments:

AFter a nail biting spine tingling white knuckle ride thru Ct I am finally home.  Glad the rain held  off for most of the ride. I got home at 3pm and managed to back the trailer in the bottom of the driveway at enough of an angle so I can still get the car by.  Am I good or what?

I don't remember leaving the house in as much of a mess as it's in.  It's also incredibly dirty.  I guess I know what I will be doing the next few days after I go to the bank and the post office and the grocery store and get gas AGAIN.

I can take sheep and goats home but the trailer cannot stay here. There is no place to put it.
Posted by Diane Menard at 8:41 PM 1 comment:

I drove all the way to Pa today.  I had to stop every 2 hrs for gas  This car is killing me.  It's bad enough having to stop but trying to get this behemoth in and out of gas stations is a major pia.

I stopped at a new "campground" which is really an rv sales place and they have some hookups but no ceptic and it's not really a campground. There are only about 6 for us here and we are surrounded by new campers. It's really rather weird.  We are locked in here but we do have the combination if we want to get out. The water pours out of the spigot so I can't do a direct hook up and I had to fill the tank  and they charged us a normal campground price. Probably wont' be back.

Called Bill and he will turn the water on and hot water for me tomorrow.  Called Tim and he said I can't get the trailer very far in. HOpefully I can get it in far enough to get the car by it and up the driveway, but I have my doubts.
Posted by Diane Menard at 8:43 PM No comments:

I went to dinner last night at my friend Gale's house in Williston. She is about 14 miles from my new house.  She had a bunch of neighbors over . Very socially  active place.

I got up at 6:30 and left the motel at 7.  I drove steadily till about 1 when I got to Cartersville Ga where I left the trailer at Cheryl's house .  Let the dogs out hooked up visted for a few minutes and back on the road for another 250 miles.  I am in Baileytown Tn at the same campground that I stayed in on the way down in Oct.  I did not realize it until I pulled in,.  I turned the heat  to take the chill off and how I am going to bed.
Posted by Diane Menard at 8:55 PM No comments:

Ok I bit the bullet and bought a farm in Fla.  9.5 acres and 2 bedroom house and small barn. cute cute cute and so much like what I would have built if I was building.  Closing in July and might  have to come back for the closing and to get started on renovations.    New house to redo. cant wait .  It needs a new kitchen too.  fun fun fun 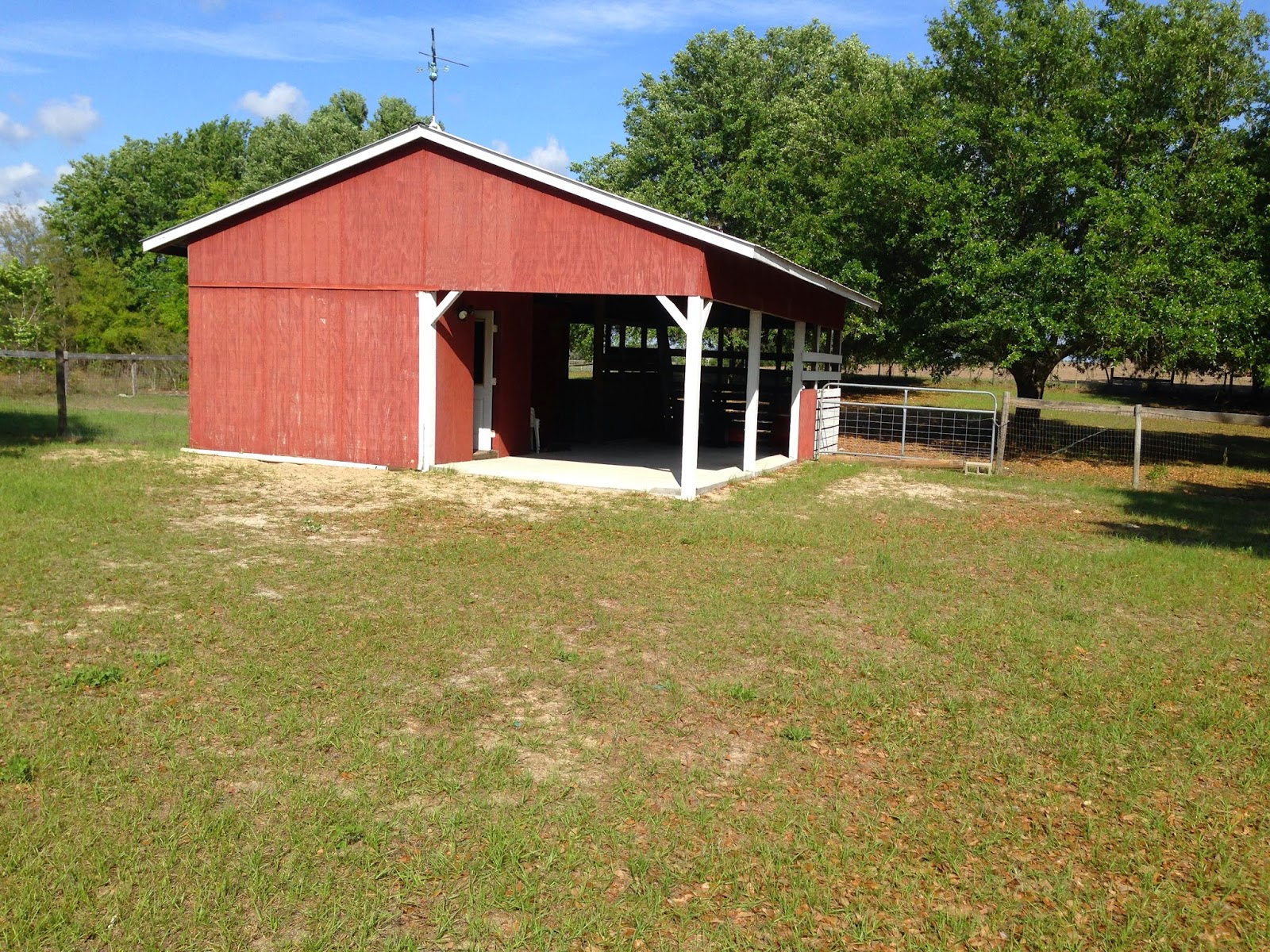 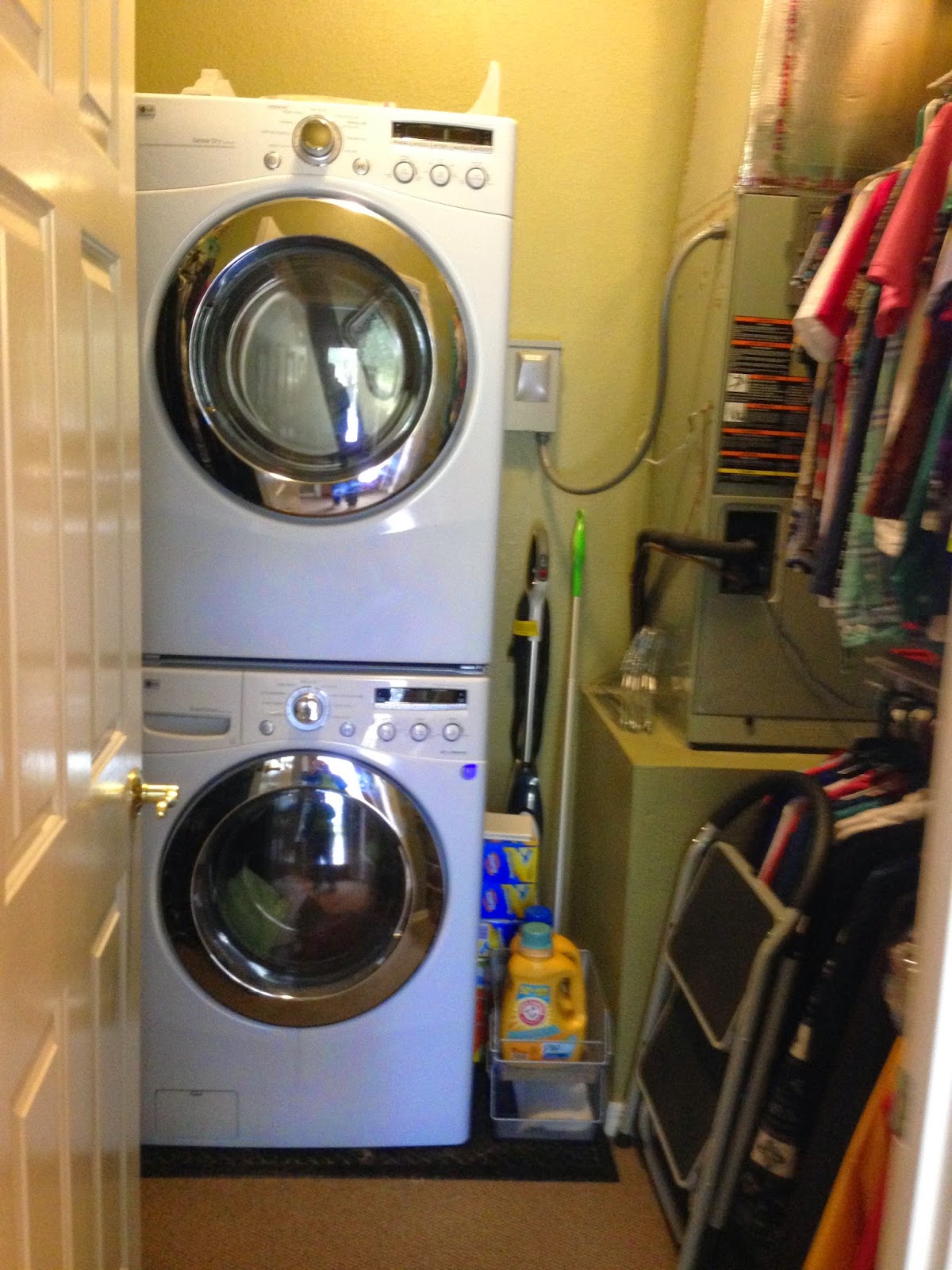 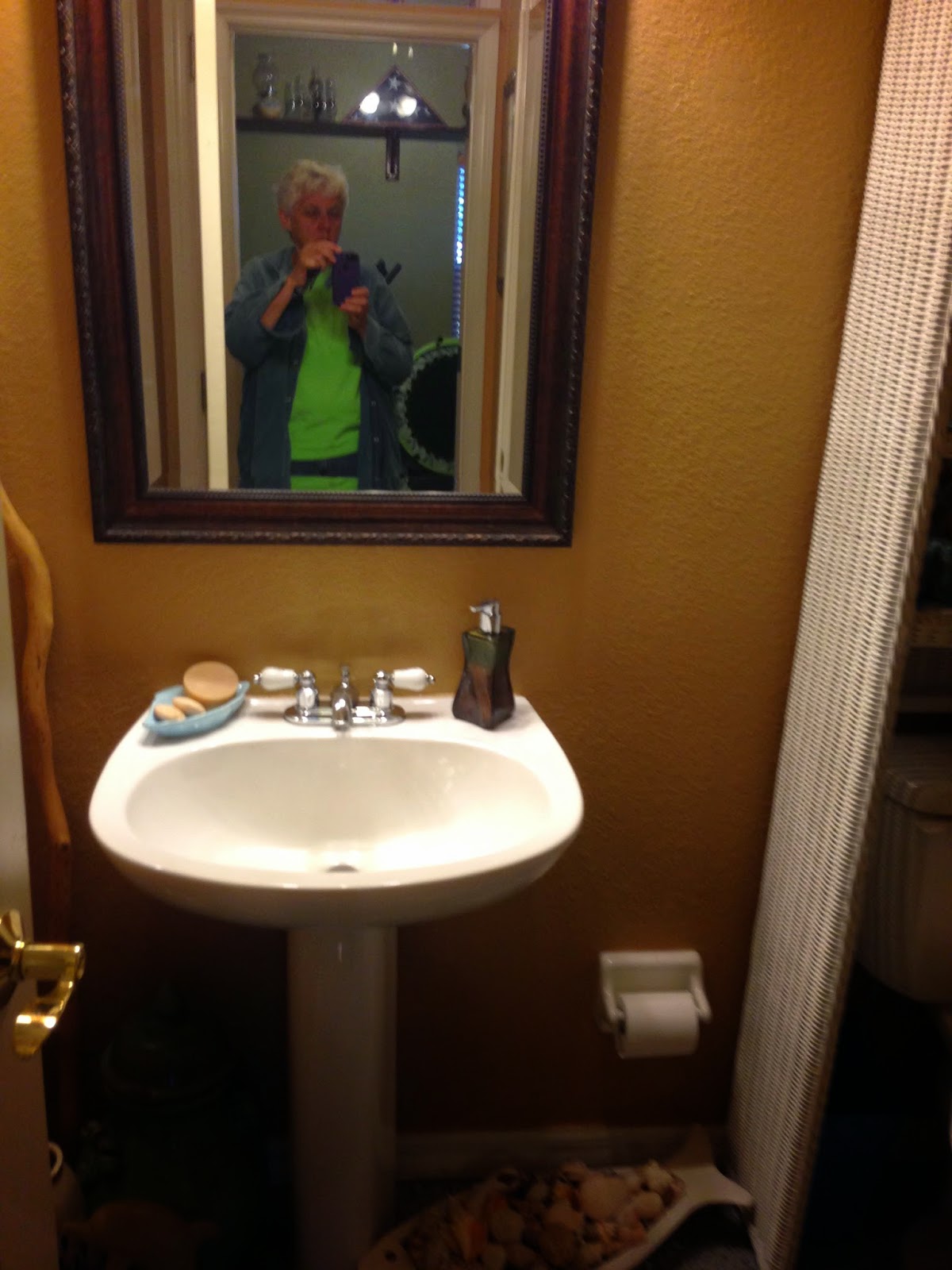 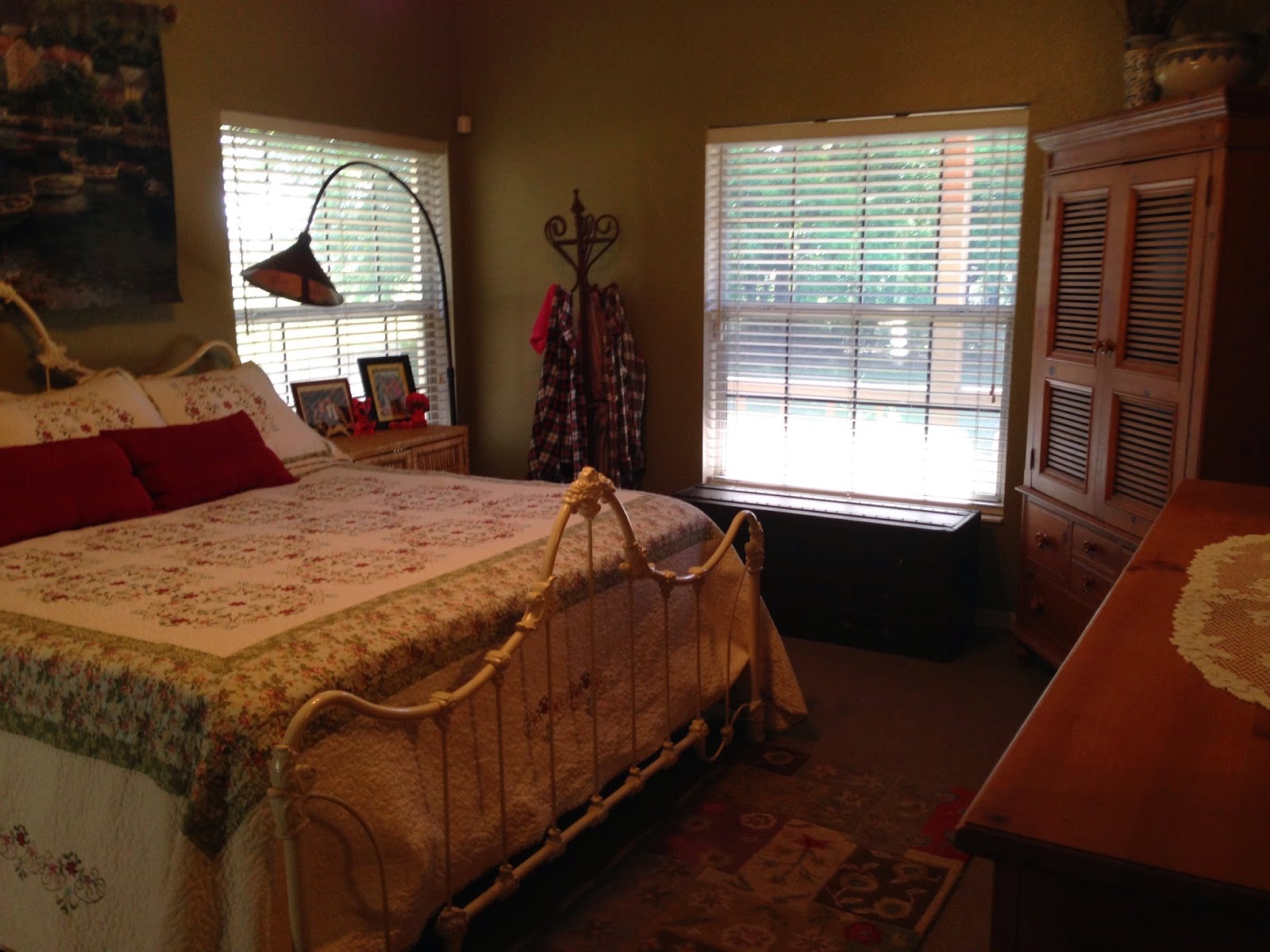 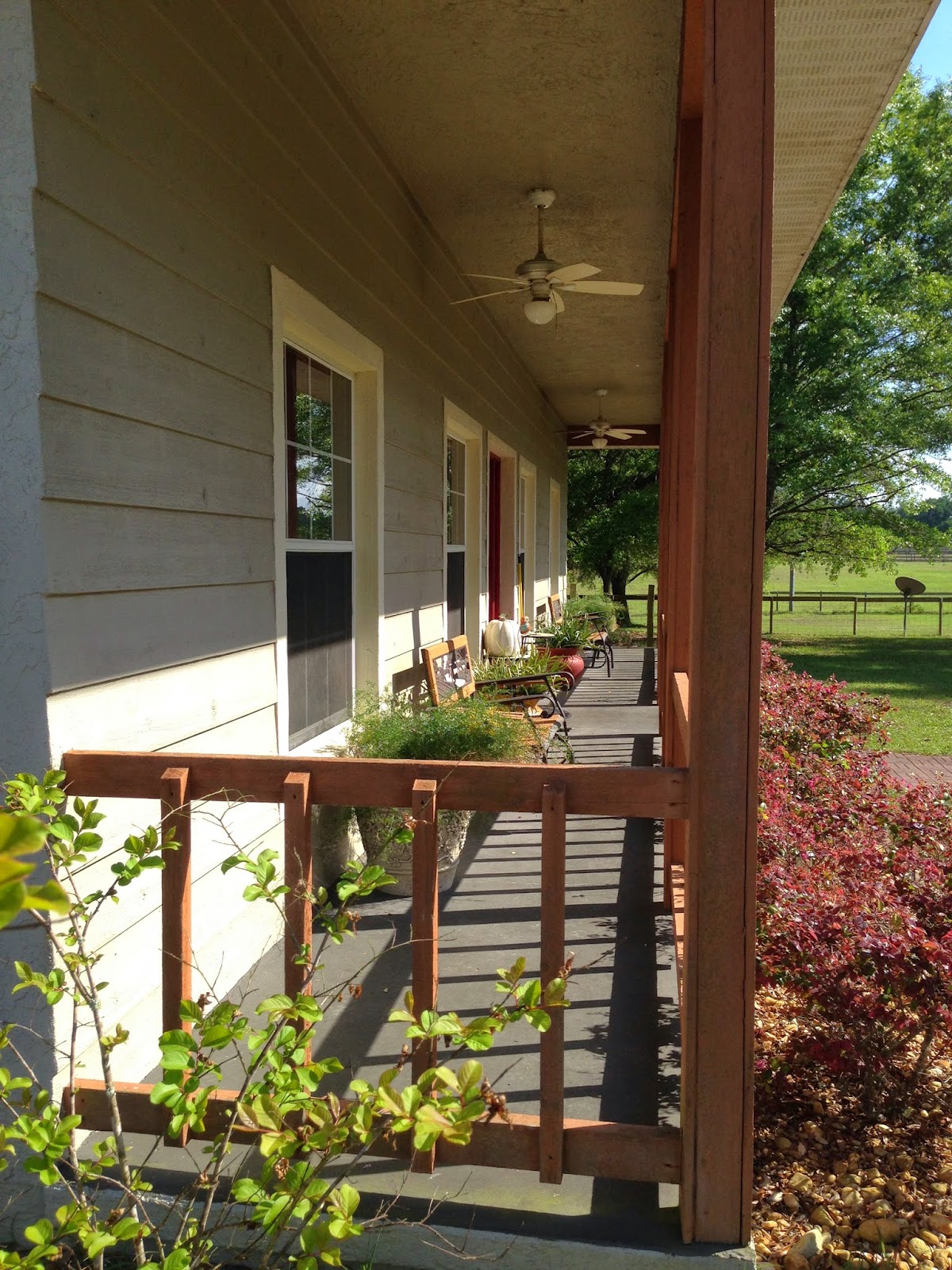 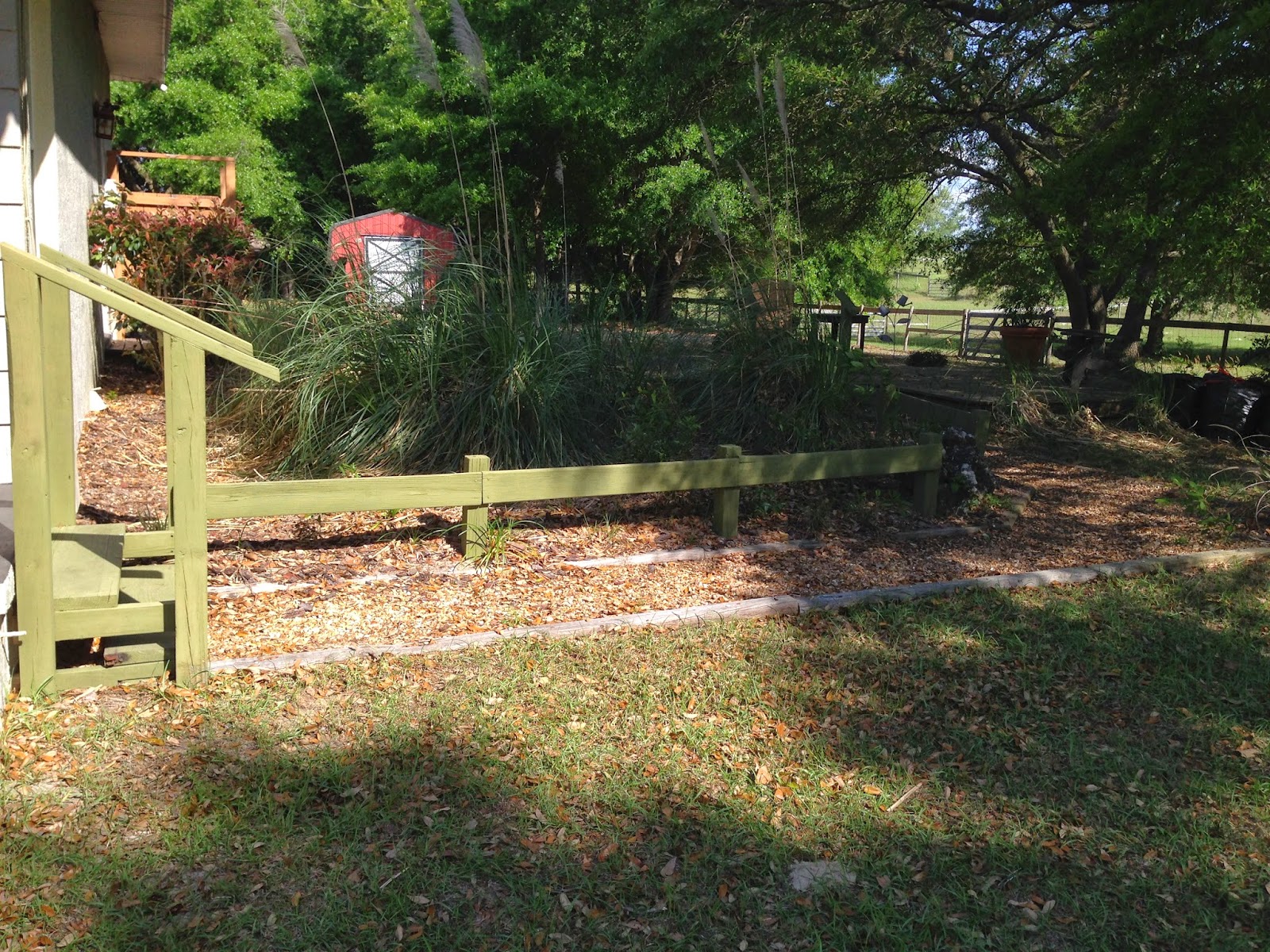 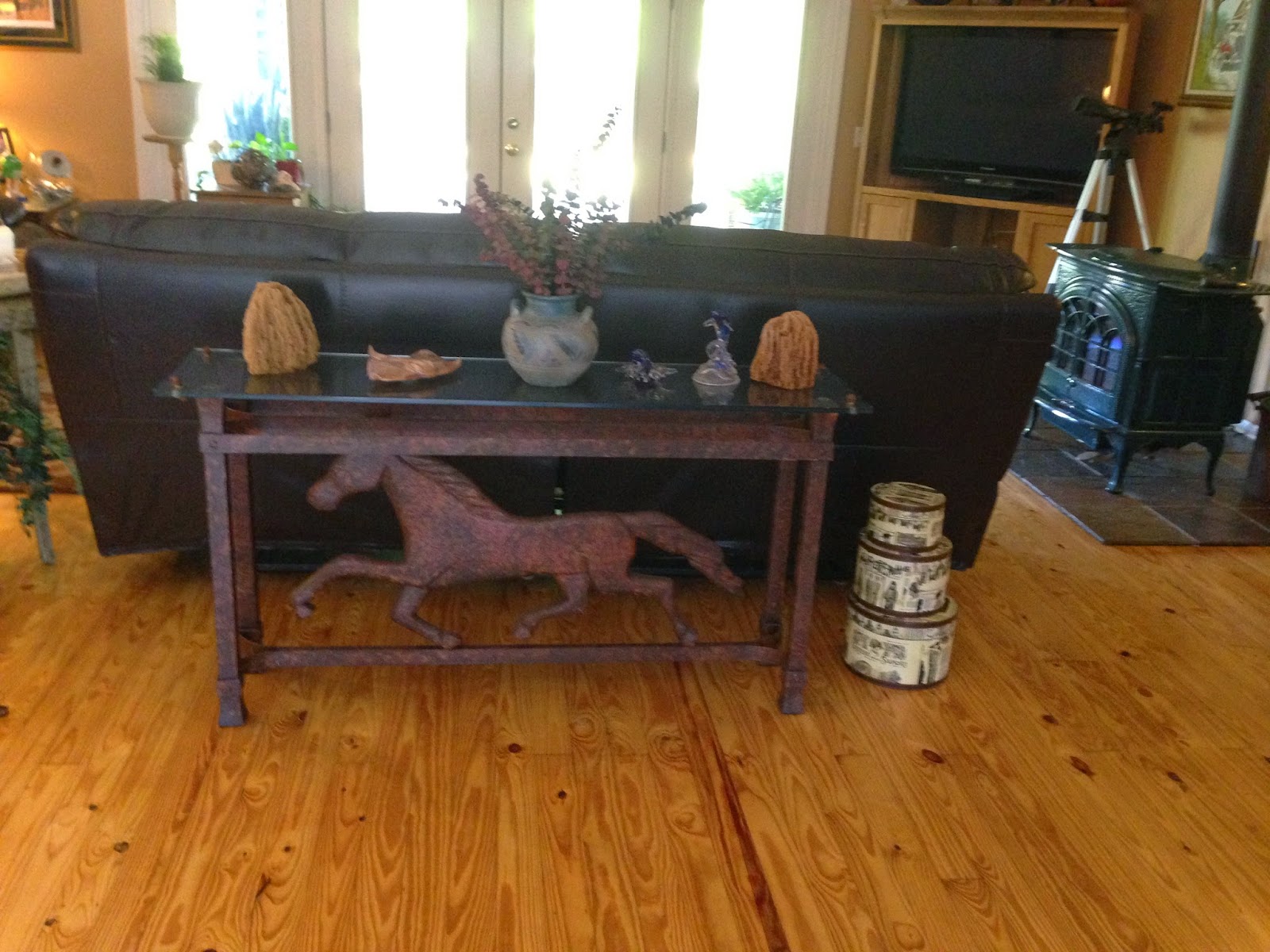 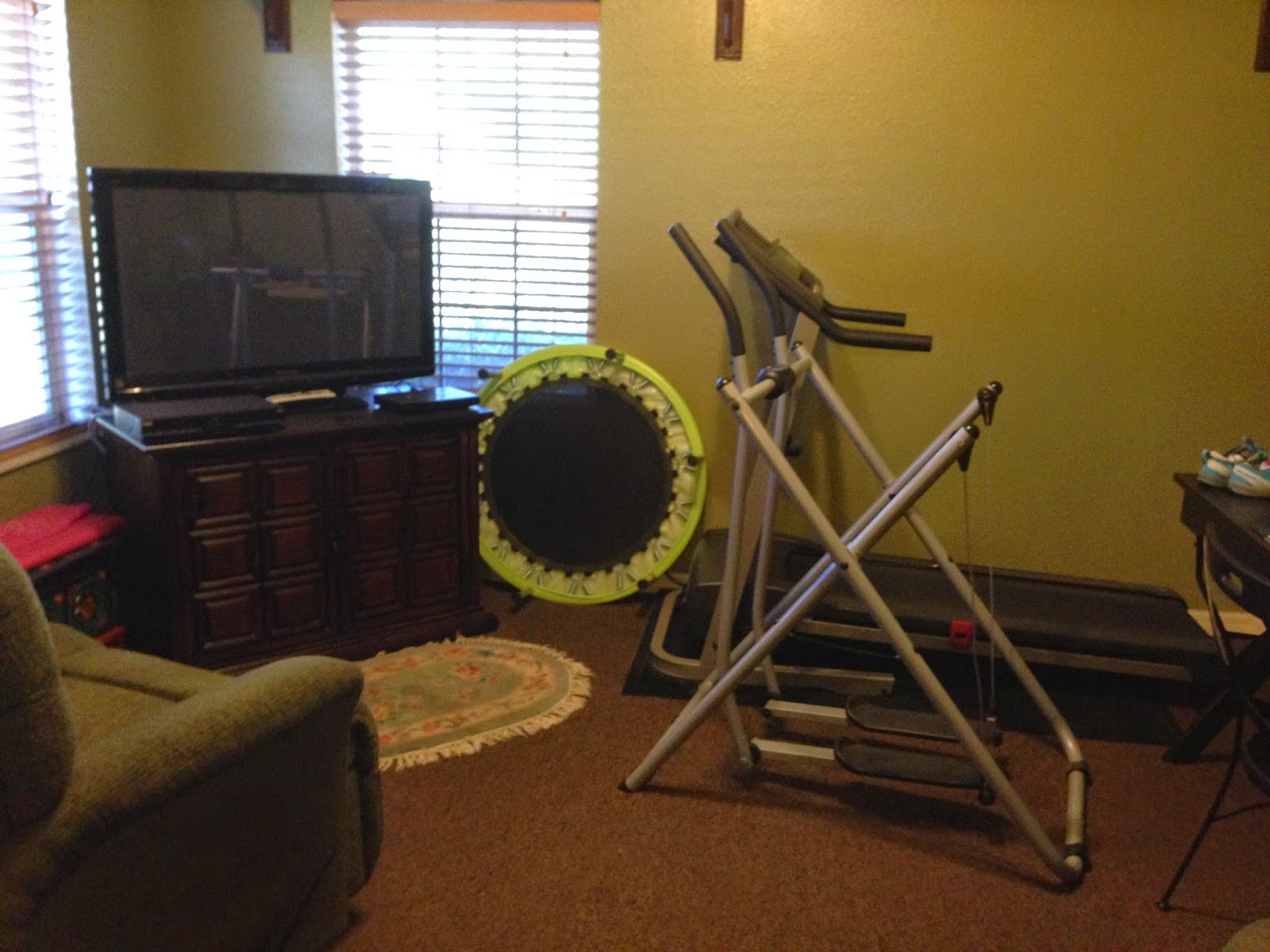 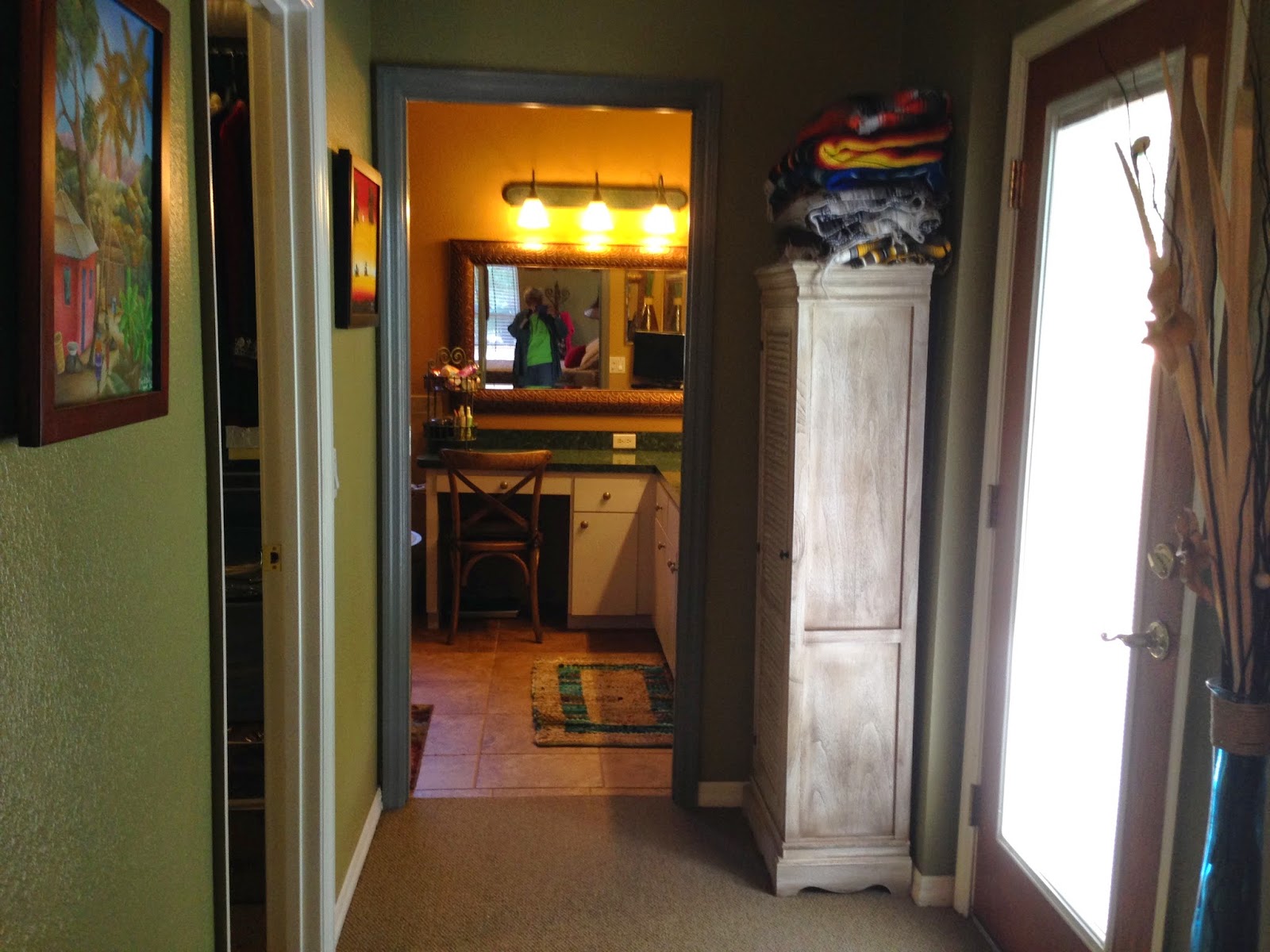 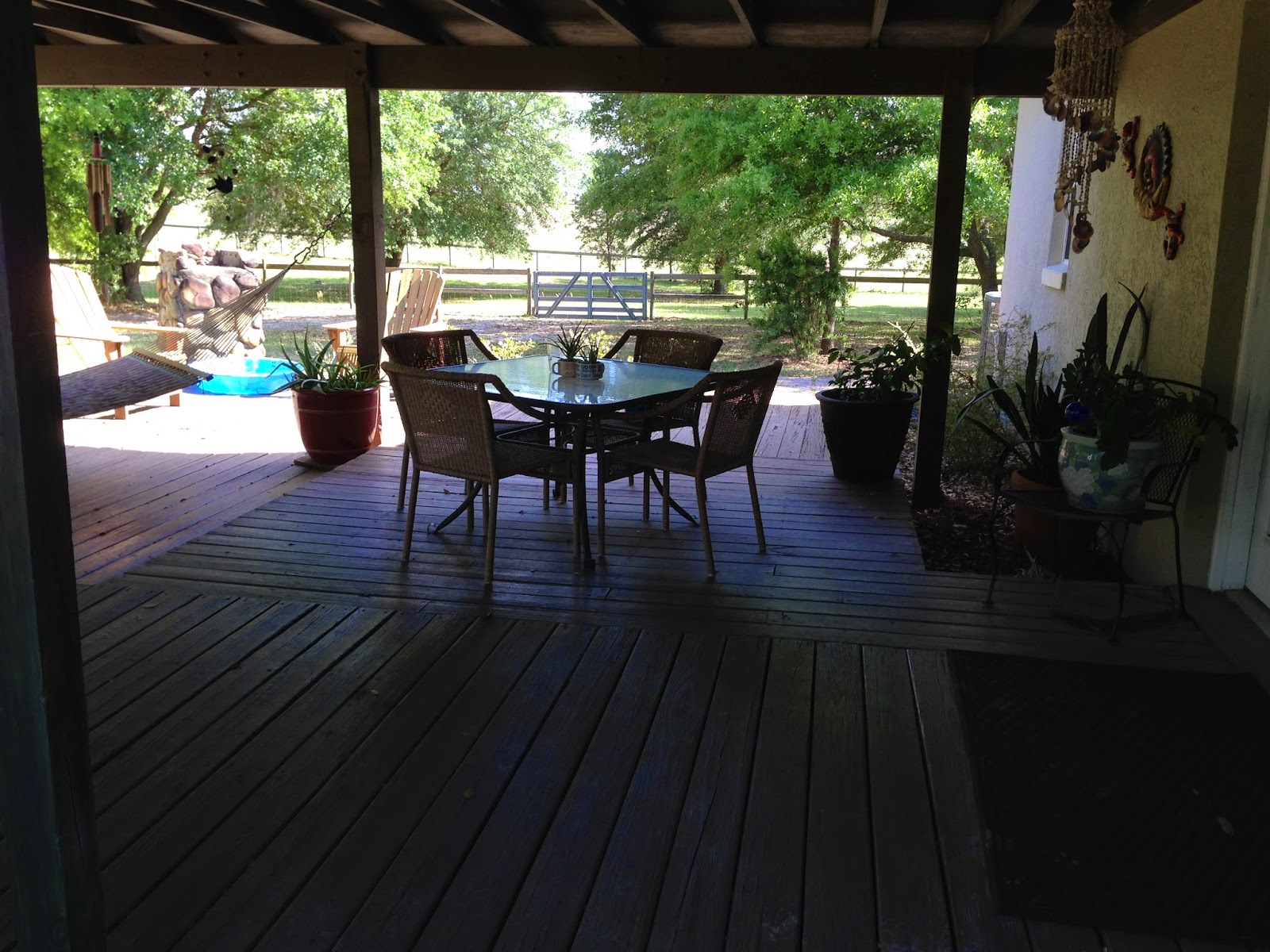 I signed a purchase and sale for a house in Fla today.  There were a number of people looking at it but I was the first offer so we'll see what happens.

Posted by Diane Menard at 8:58 PM No comments: